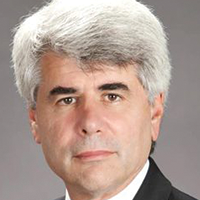 ​Jeffrey has been an active volunteer in the Jewish and general Pittsburgh community for over 40 years. He currently serves as Chairman of the Tree of Life Steering Committee charged with the design, development and construction of the new Tree of Life Center. The Steering Committee conceptualized the plan, raised the initial funding and assembled the campaign, design and construction teams.

He is a recipient of the Stark Young Leadership Award, the Israel Service Award and the Partners with Israel Award.

Jeff is also a graduate of the UJF Young Leadership Cabinet.

In addition Jeff is currently the chairman of the Board of the Port Authority of Allegheny County and has served on the board for over 16 years. He served as Chairman of Visit Pittsburgh, as a City Planning Commissioner for the City of Pittsburgh, an ALCOSAN Board Member, on the Executive Committee and Board of Leadership Pittsburgh and the Board of Directors of the Economy League of Greater Pittsburgh and of Pennsylvania..