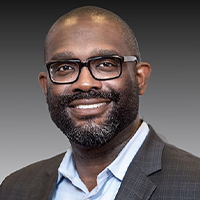 Lamar was the managing director of Leadership Education at Duke University Divinity School in Durham, North Carolina, from 2008 to 2011. Through his association with Duke, he convened and resourced executive pastors of large churches, denominational finance executives, young denominational leaders, Methodist bishops, and the constituency of Lilly Endowment’s Sustaining Pastoral Excellence Program.

For 20 years, Lamar has been actively involved with Direct Action Research Training (DART), Industrial Areas Foundation (IAF), and the Washington Interfaith Network (WIN) to organize for justice in local communities. Most recently, he has collaborated with Repairers of the Breach, Poor People’s Campaign – A National Call for Moral Revival, Center for Community Change (CCC), and People Improving Communities through Organization (PICO) to enact social and economic justice and to exhibit a real embrace of the beloved community.

Lamar’s Washington Post op-ed from December 15, 2020, sparked great interest after the Proud Boys desecrated Metropolitan by vandalizing church property. Metropolitan is suing the Proud Boys for their criminality. His efforts to embody justice in community have been featured in The Washington Post, The New York Times, The Los Angeles Times, US News and World Report, and the Afro-American and on WNYC’s “The Takeaway,” NPR’s “1A,” NPR’s “All Things Considered,” MSNBC’s “The ReidOut,” the “Huffington Post Live,” and PBS’s “News Hour.” Lamar has preached, lectured, and facilitated peer learning groups for denominations, judicatories, universities, seminaries, colleges, and local churches. He is the cohost of the Can These Bones podcast.

Lamar is honored to serve Metropolitan African Methodist Episcopal Church, where he seeks daily to extend Metropolitan’s nearly two centuries-long legacy of bearing witness to and ushering into this world the reign of the living God. Under his leadership, Metropolitan remains committed to worship, liberation, and service.