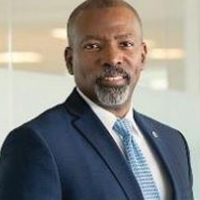 Shawn Turner is a Professor of Strategic Communication at Michigan State University and a National Security Analyst for CNN. In 2021, he was granted prestigious leave from MSU to serve a one-year special appointment as the Senior Advisor to Secretary of Veterans Affairs. In that role, he advised the Secretary and other agency leaders on strategic engagements and security issues. Prior to coming to MSU in 2019, Shawn gained extensive leadership experience serving in senior positions in government, non-profit, and academic organizations.

His previous positions in government include Deputy White House Press Secretary for National Security, Director of Communication for U.S. National Intelligence at the Office of the Director of National Intelligence (ODNI), and Deputy Press Secretary for Foreign Affairs for the National Security Council (NSC). As a senior intelligence officer, Shawn was responsible for coordinating all internal and external communication on behalf of the 17 agencies and components that make up the U.S. intelligence community. At the White House and the NSC, Shawn was a principal spokesperson for U.S. foreign policy in Afghanistan and Pakistan and helped develop the U.S. government’s approach to communicating intelligence reform in 2014.

Shawn’s previous non-governmental experience includes serving as Chair of the Information Operations program at the Daniel Morgan Graduate School of National Security, as an adjunct professor in the University of Pennsylvania Law School, and as the Director of Communication at the Center for a New American Security.

Shawn has published articles in the USA today, Newsweek, Spectra, and on CNN.com. He has also authored book chapters on risk communication for national defense and information-processing and cognitive theories. He is a member of the executive board of advisors for the Center for Ethics and the Rule of Law (CERL) at the University of Pennsylvania Law School, and a former Distinguished Terker Fellow in George Washington University’s School of Media and Public Affairs. He is also a former member of the board of advisors for the National Security Agency (NSA).

Other recognitions throughout Shawn’s career included being named one of Washington DC’s top decision makers by the National Journal in 2013, Being awarded the Intelligence Community Leadership Award in 2015, and in 2016, he was awarded the Meritorious Presidential Rank Award for outstanding career accomplishments and exemplary service to the nation.