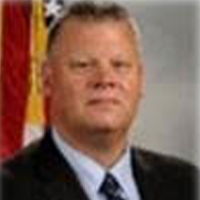 Shortly after retiring as the Chief of Pittsburgh Bureau of Police in June 2022, Scott E. Schubert began serving as the Chief of the Law Enforcement Support Section (LESS) at the FBI’s Criminal Justice Information Services (CJIS) Division. In his new role, Chief Schubert provides support to the FBI’s law enforcement and intelligence partners through engagement and education of CJIS services, such as the Uniform Crime Reporting Program, the National Crime Information Center, the National Data Exchange, the Next Generation Identification System, and more.

During his nearly 30 years of service with the Pittsburgh Bureau of Police, Chief Schubert most notably participated in the planning and coordination of several high-profile sporting events, including a Major League Baseball All-Star Game, as well as Super Bowl and Stanley Cup celebrations and victory parades. The City of Pittsburgh and the United States Secret Service selected him as a co-coordinator of the 2009 G-20 Summit held in Pittsburgh.

In his 5 years at the helm of the Pittsburgh Bureau of Police, Chief Schubert drew upon his experiences behind the badge and in the classroom regarding leadership, collaboration, relation-based policing, critical incident management, data-driven policing, group violence intervention, special events planning, and homeland security-related topics.

He received a Master of Science Degree in Criminal Justice and a Bachelor of Science Degree in Law Enforcement from Point Park University in Pittsburgh. He is also a graduate of the Northwestern University School of Police Staff and Command; the Police Executive Research Forum’s Senior Management Institute for Police; the 245th Session of the FBI National Academy; the 41st Session of the FBI National Executive Institute; and Leadership Pittsburgh.  In addition, Chief Schubert is Director of the Law Enforcement Torch Run; a board member of Special Olympics; and a member of the International Association of Chiefs of Police, the Major Cities Chiefs Association, the Police Executive Research Forum, the FBI National Academy Associates, and the Pittsburgh Police Emerald Society.  Schubert is also a Co-founder of the Hear Foundation.

Chief Schubert values collaboration and partnership and more importantly, he understands the work and challenges law enforcement faces each day. As the LESS Chief, he plans on ensuring our law enforcement partners are aware of all components and capabilities of the crucial services CJIS provides and what each can do help keep them safe and protect the people they serve.