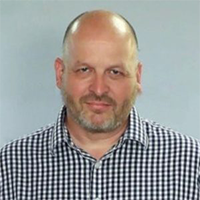 Paul is currently the Hate Crime Advisor to the National Police Chiefs’ Council in the United Kingdom Having accrued 30 years experience as a police officer, he advises on hate crime policy and coordinates national responses, managing ‘True Vision’ (www.report-it.org.uk) and the National Online Hate Crime Hub on behalf of the police. He is the co-author of the national Police Hate Crime Guidance which offers advice to all UK police officers and partners.

From 2007, until it ended in 2017, Paul led the cross-government Hate Crime Programme, which brought all sectors of government together with civil society, to coordinate efforts to improve the response to hate crime across the criminal justice system.

For over a decade, Paul represented the UK Government to international governmental agencies on hate crime and has worked to share good practice in many developing and post-conflict states, training professionals and assisting in policy development.

Paul is the Chair of Trustees of a Staffordshire-based charity, Communities against Crimes of Hate which works to support victims and build cohesive communities.

Paul has a number of publications, including as the co-editor of the 2014 ‘Routledge International Handbook on Hate Crime’ and ‘Tackling Disability Discrimination and Disability Hate Crime – A Multi-disciplinary Guide, published by Jessica Kingsley in 2015.

Paul was awarded an OBE in the 2014 New Years Honours list for services to policing, equality and human rights.