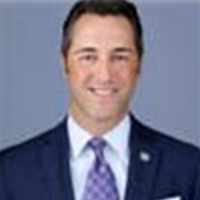 Michael Masters serves as the National Director and CEO of the Secure Community Network (SCN), a role in which he is responsible for the overall leadership, operation, and growth of the official safety and security organization for the Jewish community in North America.

Michael previously served as executive director of the Department of Homeland Security and Emergency Management for Cook County, Ill., coordinating and maintaining the homeland security and emergency management system across the second largest urban area in the United States. He also served as the chief of staff for the Chicago Police Department and as an assistant to the former mayor of the City of Chicago, the Honorable Richard M. Daley. Michael served as a commissioned officer in the United States Marine Corps, where he attained the rank of captain.

Michael currently serves as a member of the board of trustees of the Bernard Zell Anshe Emet Day School in Chicago, on the council of the Harry S. Truman Scholarship Foundation, and as president of The Soufan Center, a non-profit organization dedicated to addressing global security issues. He has held faculty appointments at the John Marshall School of Law and Northeastern University. Certified as a peace officer and a Special Weapons and Tactics operator, Michael continues to serve his community as a part-time police officer.