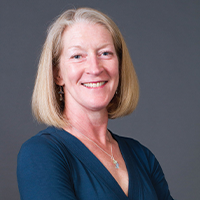 Visiting Professor of Law and Legal Director of the Institute for Constitutional Advocacy and Protection (ICAP), Georgetown University Law Center

Mary McCord is Executive Director of the Institute for Constitutional Advocacy and Protection (ICAP) and a Visiting Professor of Law at Georgetown University Law Center. At ICAP, McCord leads a team that brings constitutional impact litigation at all levels of the federal and state courts across a wide variety of areas including First Amendment rights, immigration, criminal justice reform, and combating the rise of private paramilitaries.

Previously, McCord was an Assistant U.S. Attorney for nearly 20 years at the U.S. Attorney’s Office for the District of Columbia.  Among other positions, she served as a Deputy Chief in the Appellate Division, overseeing and arguing hundreds of cases in the U.S. and District of Columbia Courts of Appeals, and Chief of the Criminal Division, where she oversaw all criminal prosecutions in federal district court.

McCord is a statutorily designated amicus curiae for the Foreign Intelligence Surveillance Court and Foreign Intelligence Surveillance Court of Review.  McCord served as legal counsel to the U.S. House of Representatives Task Force 1-6 Capitol Security Review appointed by Speaker Nancy Pelosi after the January 6, 2021, attack on the U.S. Capitol.  McCord also served on the Columbus Police After Action Review Team tasked with evaluating how the Columbus, Ohio, Police Department responded to the 2020 summer protests.

McCord received the Oliver White Hill Courageous Advocate Award from the Virginia Trial Lawyers’ Association in 2018, based on her work with ICAP litigating against white supremacist and private militias that attended the Unite the Right rally in Charlottesville, Virginia, in 2017.

McCord graduated from Georgetown University Law School and served as a law clerk for Judge Thomas Hogan of the U.S. District Court for the District of Columbia.