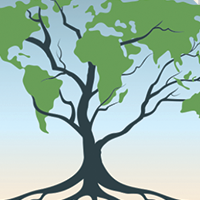 Dr. Mark Pitcavage, a historian and authority on extremism in the United States, is a Senior Research Fellow at the Anti-Defamation League’s Center on Extremism. The Anti-Defamation League is one of the country’s oldest and most respected civil rights organizations.  In the past, Dr. Pitcavage has served ADL as Director of the Center on Extremism, Director of Investigative Research, and Director of Fact Finding.  In these various positions, Dr. Pitcavage has helped guide ADL’s efforts to combat extremism and domestic terrorism.

Dr. Pitcavage has written dozens of reports and articles on extremism and domestic terrorism, including the ADL reports New Hate and Old: The Changing Face of American White Supremacy, as well as A Guidebook on Extremism for Law Enforcement and A Dark and Constant Rage: 25 Years of Right-Wing Terrorism in the United States.  He has authored academic articles on subjects ranging from the militia movement to lone wolf terrorism.

Dr. Pitcavage has been actively involved with training law enforcement on terrorism and extremism issues for over 24 years, working closely with the FBI and many state and local agencies. He has trained nearly 18,000 law enforcement officers, prosecutors and judges; assisted in a variety of criminal investigations; and served numerous times as an expert witness in federal and state courts.

Dr. Pitcavage’s work has been cited by many scholars and researchers and he has appeared on many documentaries and news programs, from NBC News to Nightline to the BBC.  He has been quoted by most major newspapers and news websites in the United States and many abroad.

Prior to joining the Anti-Defamation League, Dr. Pitcavage was Senior Research Associate at the Institute for Intergovernmental Research, where he served as Research Director for the SLATT Program.  This program, the State and Local Anti-Terrorism Training Program, was a Justice Department anti-terrorism program created after the Oklahoma City bombing and conducted jointly with the FBI to train senior state and local law enforcement officers on domestic terrorism issues.

Dr. Pitcavage received his MA and Ph.D. in military history from The Ohio State University in Columbus, Ohio, where he still lives and works.