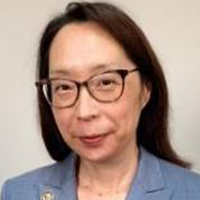 Hayne Yoon has been serving as a Senior Policy Advisor in the Office of the Assistant Attorney General for the Office of Justice Programs (OJP) at the U.S. Department of Justice since December of 2021. OJP is the Department of Justice’s principal funding, research and statistical component, overseeing about $5 billion annually in grants and other resources to support state, local and tribal criminal and juvenile justice activities and victim service programs. Her portfolio includes hate crimes, access to justice, homelessness, and alternative justice system responses, as well as other issues.

Prior to joining OJP, Hayne spent more than five years at the Vera Institute of Justice as the Director of Federal Policy and Director of Government Affairs, where she led Vera’s federal policy and advocacy work. At Vera, she worked with its immigration center to increase federal support for legal access programs for immigrants, and she worked in coalition with other organizations and stakeholders to successfully pass legislation to remove the prohibition on Pell grant eligibility for incarcerated students.

Hayne has also previously served as a counsel in the U.S. Senate, where her portfolio included criminal justice, human rights, education, and judicial ethics issues. She began her career as a deputy public defender and trial attorney at the Los Angeles County Public Defender’s Office and later at the Office of the Federal Public Defender for the Central District of California