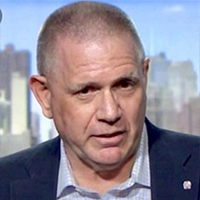 Vice President of Content Moderation, Coalition for a Safer Web

Eric Feinberg worked in the advertising industry for over 30 years – working on behalf of Fortune 500 companies sponsoring major sporting and entertainment events. While working for the NFL, he started noticing ads were appearing by his Facebook posts pushing counterfeit NFL apparel coming from China. It was so prevalent that Feinberg began his crusade to identify and reveal counterfeit items including steroids featured in ads and posts on social media platforms. Feinberg started the Global Intellectual Property Enforcement Center (GIPEC) where he developed a patented machine learning tool that relies on artificial intelligence and logic to search and sift through thousands of social media posts. He has found numerous examples of hate speech, terrorists videos, as well as illegal and/or illicit goods for sale including steroids.  Feinberg has reported on the illegal and/or illicit activities he has found to the platforms themselves, but the companies rarely take action until these posts are shared with the media.

As the Vice President of Content Moderation for the Washington-based nonprofit, the Coalition for a Safer Web, Eric sheds light on illegal drug sales on social media and the web, terrorist extremist content  hate speech, and violent activity,

He has provided expert analysis including the sale of steroids on social media and the web to media outlets around the world including CBS News, NBC News, Fox News, CNN, CNBC Washington Post New York Times Wall Street Journal and London Times