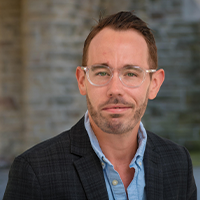 Derek Silva is an Associate Professor in the Department of Criminology at King’s University College and Adjunct Research Professor in the Department of Sociology and Anthropology at Carleton University, both in Ontario, Canada. His research interests are in sociocultural studies of sport, terrorism and radicalization studies, punishment, and racism. His research has appeared in Sociology of Sport Journal, Policing & Society, Punishment and Society, Race & Class, Annals of Leisure Research, Sociological Forum, and Educational Philosophy and Theory, among others. He sits on the editorial board of the Sociology of Sport Journal and is co-editor of the books Power Played: A Critical Criminology of Sport and Changing of the Guards: Private Influences, Privatization, and Criminal Justice in Canada and series editor of Emerald’s Sociology of Crime, Law, and Deviance book series. He has written for TIME Magazine, Los Angeles Times, The Guardian, Jacobin Magazine, The Daily Beast, The Chronicle of Higher Education, and Sportico and co-hosts a podcast called The End of Sport, which focuses on harm and injustice in sport and sporting culture.