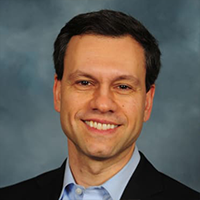 David Friedman joined the Red Sox in 2010. He handles a variety of legal matters, including regulatory compliance issues and oversight of litigation, and assists with the club’s interactions with Major League Baseball and other teams on legal-related issues. He is responsible for government and neighborhood relations and also serves as Red Sox Foundation counsel, handling a wide range of Foundation legal and governance matters.

Friedman previously served as First Assistant Attorney General for Massachusetts, where he advised A.G. Martha Coakley and managed an office of 490 staff. Before that, he served as Counsel and Chief Policy Advisor to Massachusetts Senate President Robert Travaglini, where he worked on the state’s landmark health care law, economic development, and a broad range of other issues. Friedman worked for several years at the law firm of Hill & Barlow, and served as a law clerk to Supreme Court Justice John Paul Stevens and federal appeals court Judge Michael Boudin.