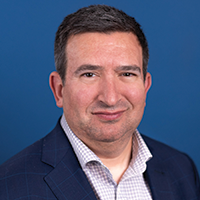 Dr. Daveed Gartenstein-Ross is a scholar, author, practitioner, and entrepreneur who is the founder and Chief Executive Officer of Valens Global, a private company tackling complex twenty-first century challenges that has twice been named to Entrepreneur Magazine’s E360 list of the top small businesses in the United States. The International Herald Tribune has described Gartenstein-Ross as “a rising star in the counterterrorism community.” In addition to leading Valens, Gartenstein-Ross maintains affiliations with two think tanks, based in the United States and Europe: the Foundation for Defense of Democracies and the International Centre for Counter-Terrorism – The Hague.  His previous positions include Senior Advisor to the Director of the U.S. Department of Homeland Security’s Office for Community Partnerships, Fellow with Google’s think tank Jigsaw, and Adjunct Assistant Professor in Georgetown University’s Security Studies Program.

Gartenstein-Ross has led a number of major projects as a practitioner. In 2019, he led Valens Global’s efforts to support the drafting, threat assessment, and crafting of priority actions for the U.S. Department of Homeland Security’s Strategic Framework for Countering Terrorism and Targeted Violence, which was publicly released in September 2019 to widespread acclaim. The New York Times editorialized that the document “focuses unapologetically on right-wing terrorism, particularly white supremacist extremism,” which constitutes “a shift that is both urgently needed and long overdue.” Gartenstein-Ross also regularly delivers analytic projects for various clients, including U.S. government offices and major tech firms, and leads trainings and war games focused on sub-state violence and twenty-first century threats.

Gartenstein-Ross is the author or volume editor of over twenty-five books and monographs, and is the co-author of a book on jihadist groups’ organizational learning processes that is forthcoming from Columbia University Press in 2021. He has testified on his areas of competency before the U.S. House and Senate, the Canadian House of Commons, and the European Parliament. Gartenstein-Ross holds a Ph.D. in world politics from the Catholic University of America and a J.D. from the New York University School of Law.