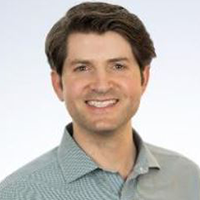 As U.S. Director, Dan has led multiple unique research projects to explain American politics and culture. In addition to national research about national identity and state level research in Texas, Dan led studies such as After Kabul: Veterans, America, and the End of the War in Afghanistan that looked at Americans’ attitudes towards the Afghanistan war, as well as Two Stories of Distrust in America, which surveyed the landscape of interpersonal and institutional trust.

Dan’s work and commentary on social and political dynamics in the US have been featured in a variety of prominent media outlets across the political spectrum including the Atlantic, The Washington Post, NBCLX, Stars and Stripes, Deseret Magazine, The Houston Chronicle, CNN, DefenseOne, NHPR, Reader’s Digest, and The Concord Monitor. Dan has also appeared on a variety of television shows, radio, and podcasts, and regularly gives talks at think tanks, nonprofits, and community organizations across the country.

Dan graduated from West Point and started his career as an Army infantry officer, serving one tour in Afghanistan. He also earned an MA in Contemporary China from Nanyang Technological University in Singapore on a Fulbright Scholarship and an MBA from Harvard Business School.  Dan co-leads the Veterans and Citizens Initiative, a nonpartisan organization of veterans and military families, and lives in New York City.