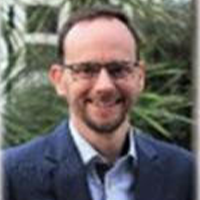 Andy has been the Counter-Terrorism Strategic Coordinator with the Department of the Prime Minister and Cabinet (DPMC) since September 2019, leading New Zealand’s national system on all elements of the risk of terrorism and violent extremism. He is responsible for ensuring that the Government’s work on counter-terrorism is cohesive and aligned with the national Countering Terrorism and Violent Extremism Strategy, including through developing and delivering the Counter-Terrorism Work Programme. Andy is the chair of New Zealand’s Counter-Terrorism Coordination Committee.

Prior to joining DPMC, Andy held the position of Head of the Combined Threat Assessment Group (CTAG), an inter-agency group responsible for assessing the terrorism threats to New Zealand and New Zealand’s interests.

Andy has 20 years’ experience working within the New Zealand and UK governments on national security issues.  During his career he has carried out a wide variety of leadership, operational and liaison roles, undertaken several overseas deployments, and led significant organisational change programmes.

Andy holds an MA (Oxon) and BA (Hons) in Biological Science from Oxford University, UK.  He is married, with two children.  His interests include sport (in particular open water swimming and coaching cricket) and travel.