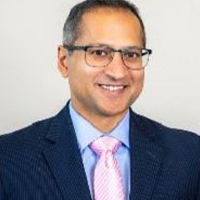 Aloke Chakravarty is the co-chair of Snell & Wilmer’s Investigations, Government Enforcement and White Collar Protection practice group and the firm’s Cybersecurity, Data Protection and Privacy practice. He represents corporations, corporate management and individuals with a broad range of counseling, investigation and litigation services in the event of crises such as government investigations, cyber incidents, enforcement actions and regulatory scrutiny. Aloke assists clients in preparing for and responding to crises and solving complicated legal issues.

Before joining Snell & Wilmer, Aloke spent 20 years as a state, federal and international investigator, prosecutor and trial lawyer. As a federal prosecutor, he responded to, investigated and prosecuted the Boston Marathon bombing case, among others.

Aloke has made numerous appearances in national media and speaks frequently on the Boston Marathon bombing case, crisis response, the limits of free speech, privacy and security. He understands international, state regulatory and law enforcement priorities, having held positions as an international prosecutor for a United Nations tribunal, an attorney for the Federal Bureau of Investigation, and an Assistant Attorney General in Massachusetts.

Aloke has prosecuted several high-profile matters, including genocide and crimes against humanity related offenses, a nationally followed financial crime prosecution and a seminal prosecution of internet propagandists, and he also participated in the response and investigation of the Times Square attempted bombing. Aloke also helped establish and moderated a system of dialogue and community engagement called Bridges which inspired a national model for governmental engagement with Arab, Muslim, Sikh and South Asian community leaders and helped frame the government’s approach to violence prevention efforts in the Boston area.