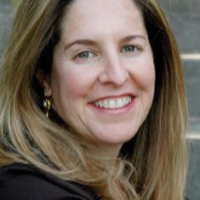 A Government Relations/Public Policy Consultant and writer, Allison Silberberg served as the Mayor of Alexandria, Virginia, from 2016 through 2018 after serving as Vice Mayor from 2012 through 2015. Allison’s mayoral term had transformational impact, including: securing Virginia Tech’s $1 billion Innovation Campus for the city, part of the largest business deal in the region’s history; approving and building three schools; tripling the dedicated funding for the city’s Affordable Housing Fund; approving the plan to address the sewage outfall issues after two decades of inconsequential actions; approving the new Metro station plan; creating the city’s first Arts District; quintupling the number of trees planted per year from 225 to 1,100; and drafting and adopting the city’s Statement on Inclusiveness, which garnered national attention.

Allison has over 25 years of experience in public policy and public service, including working on Capitol Hill for Senator Lloyd M. Bentsen. Her consulting work includes serving as Government Relations Director for a housing nonprofit to help residents at risk of eviction or foreclosure at the height of the pandemic and the national housing crisis, as well as being part of a leadership team that has launched a statewide and national Stroke Smart campaign. She serves on the board of Centrist Democrats of America.

A lifelong advocate for social justice issues, Allison is the author of two books, including Visionaries In Our Midst: Ordinary People who are Changing our World, which profiles individuals who are making a difference in our country, hitting #1 on Amazon’s List for Philanthropy & Charity. Her writing has appeared in The Washington Post, The Dallas Morning News, and on PBS.org. A Russian Studies major in college, Allison has a B.A. in international relations and history from American University, and she has an M.F.A. in playwriting from UCLA’s School of Theater, Film & Television.