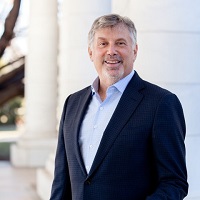 Jeff Blattner is Board Chair of HIAS, a Jewish humanitarian organization that works in the United States and 16 other countries, providing vital services to refugees and asylum seekers of all faiths. Jeff is a Pittsburgh native and graduate of the Pittsburgh Public Schools, and he had his bar mitzvah at Tree of Life synagogue. His op-ed on the Pittsburgh shooting, Pittsburghers Treat Each Other As One Community. We Should All Learn From Them was listed “one of our favorite op-eds of 2018” by the opinion staff of the Washington Post.

From 1998 through January 2001, Jeff was deputy assistant attorney general and special counsel for information technology in the Antitrust Division, U.S. Department of Justice. From 2001 through 2005, Jeff was a partner at the Washington, DC law firm of Hogan & Hartson, LLP.

From 1987 through 1995, Jeff was on the Senate Judiciary Committee staff of Senator Edward Kennedy, serving as Senator Kennedy’s chief counsel from 1992-95. Jeff worked on six Supreme Court nominations, and was the staff lead on two major civil rights laws, the Fair Housing Amendments Act of 1988 and the Civil Rights Act of 1991. When the Civil Rights Act of 1991 was enacted, Senator Kennedy said on the Senate floor, “Jeff Blattner’s outstanding work is well known to many of us on the Judiciary Committee. Throughout the past two years leading to this successful vote . . . He mastered all of the complex details of this legislation. In doing so, he never lost sight of the fundamental goals we [were] trying to achieve, and the Nation is in his debt.”

Jeff served on the presidential transitions of Presidents Barack Obama and Bill Clinton. He previously served as an adjunct professor at the Washington College of Law at American University and at Georgetown University Law Center. A graduate of the University of Pennsylvania and Harvard Law School, Jeff was a law clerk for Associate Justice Potter Stewart (retired) of the U.S. Supreme Court.