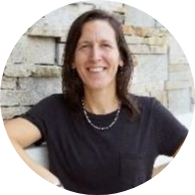 Michele Rosenthal is the principal in Michele Rosenthal Consulting, a consulting firm representing local public figures, including Brett Keisel. Prior to launching her firm, Rosenthal spent ten years as the Community Relations Manager for the Pittsburgh Steelers and, before that, she spent more than fifteen years as political consultant and/or chief-of-staff to political figures, including U.S. Congressman Bill Coyne, PA State Representative Dan Frankel and Pittsburgh Mayor Tom Murphy.

Rosenthal and her family are lifelong members of the Tree of Life synagogue, where she and her two special needs brothers, Cecil and David Rosenthal, were taken by their grandmother every Friday and Saturday as they grew up.  Rosenthal attended Hebrew School and made her bat mitzvah there. Tree of Life became a particularly special place for Cecil and David, who felt familiar and safe and secure and loved there. As they became adults, Cecil and David, who were inseparable, came to spend many of their days at the synagogue, assisting in various ways. They were treated with dignity and respect by all the members of the Tree of Life family.

The lives of everyone in that Tree of Life family, including in Michele’s own family, were changed on October 27, 2018, when Cecil and David both were among those killed in the worst loss of life in an anti-Semitic hate crime in U.S. history. Like many special needs people, Cecil and David loved everyone unconditionally. They were incapable of differentiating between people based on race or ethnicity or age or national origin or religion or ideology. Their hearts were pure, and they loved and trusted all people equally, openly and without reservation.  The almost unbearable irony of men like that being killed because of sheer hate has become the motivating force in Rosenthal’s life – to honor her brothers by doing whatever she can to ensure that no other family endures what hers, and the other families who lost loved ones on October 27, 2018, continue to endure every day.