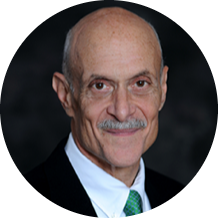 On February 15, 2005, Michael Chertoff became the second Secretary of the U.S. Department of Homeland Security. During his tenure, Chertoff worked to strengthen our borders, provide intelligence analysis and infrastructure protection, increased the Department’s focus on preparedness ahead of disasters, and implemented enhanced security at airports and borders. Following Hurricane Katrina, Chertoff transformed FEMA into an effective organization. Chertoff served as the nation’s Secretary of Homeland Security until January 21, 2009.

Prior to his nomination by President George W. Bush, Chertoff served as a federal judge on the U.S. Court of Appeals for the Third Circuit. Earlier, during more than a decade as a federal prosecutor, he investigated and prosecuted cases of political corruption, organized crime, corporate fraud and terrorism – including the investigation of the 9/11 terrorist attacks. Chertoff also served as United States Attorney for the District of New Jersey from 1990-1994 and as a clerk to Supreme Court Justice Williams Brennan, Jr. from 1979-1980.

Chertoff is currently the Chairman and Co-Founder of The Chertoff Group, focusing on risk identification, analysis, and mitigation, crisis management, and providing strategic counsel on global security solutions. In addition, Chertoff is senior counsel at Covington & Burling LLP, and a member of the firm’s White Collar Defense and Investigations practice group.