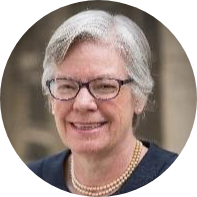 Co-Chair, Collaboratory Against Hate; Distinguished Professor of Sociology, Bailey Dean of the Dietrich School of Arts and Sciences and the College of General Studies, University of Pittsburgh

Kathleen Blee has published 7 books and over 100 journal articles and book chapters.  Much of her scholarship is based on analysis of up-close ethnographic observations and interviews with white supremacists in the U.S.

Blee’s work has won many awards, including a nomination for a Pulitzer Prize, the 2013 Charles Tilly Award for Best Book, and the 2012 Outstanding Book in Nonprofit and Voluntary Action Research Award. In 2015, she was awarded the lifetime achievement award from the Section on Collective Behavior and Social Movements of the American Sociological Association.

Blee has served as a pro-bono consultant/advisor on violent extremism to numerous civic, religious, and governmental bodies including the armed forces, police, and security agencies, U.S. Congressional committees, synagogues, and churches, educator forums, and schools. She is a founding and current advisory board member of C-REX, the Center for Research on Extremism in Oslo, Norway. Her current research interests include disaffiliation and deradicalization of white supremacist and right-wing extremists.

She is a long-time member of Congregation Dor Hadash, one of the congregations attacked in the Tree of Life synagogue on October 27, 2018.