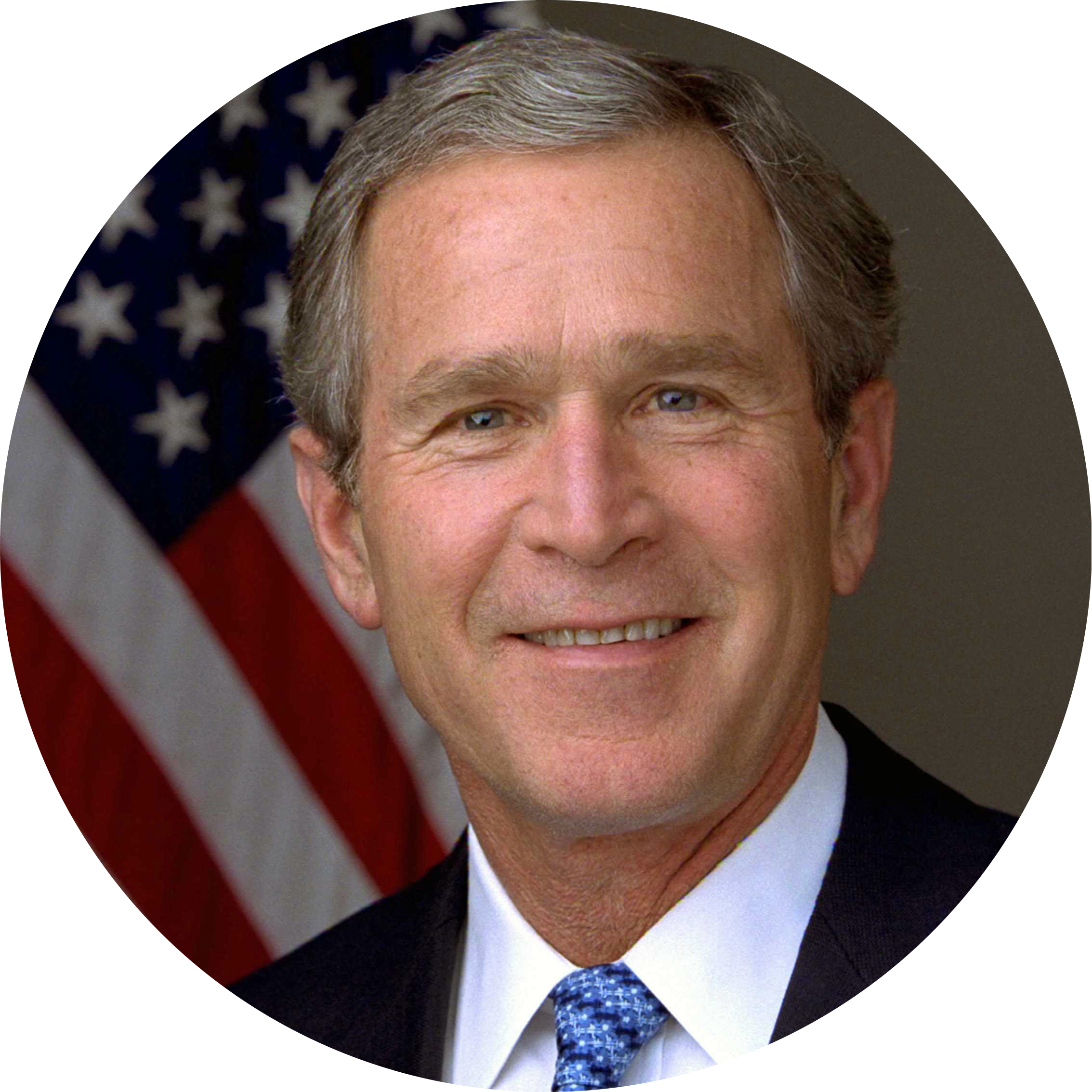 43rd President of the United States

George W. Bush is the 43rd President of the United States, having served two consecutive terms as President, from 2001-2009. He was the second President in U.S. history to have a father who also served as President: George H.W. Bush. Prior to his Presidency, President Bush served for 6 years as the 46th Governor of the State of Texas, where he earned a reputation for bipartisanship and as a compassionate conservative who shaped public policy based on the principles of limited government, personal responsibility, strong families, and local control.  He was the first Governor in Texas history to serve consecutive 4-year terms.

On September 11, 2001, the United States experienced the most significant terrorist attack in the nation’s history. That evening, President Bush addressed the nation from the Oval Office, promising a strong response to the attacks.  He also emphasized the need for the nation to come together and comfort the families of the victims. Three days after the attacks, Bush visited Ground Zero and met with firefighters, police officers and volunteers. Bush addressed the gathering via a megaphone while standing on rubble: “I can hear you. The rest of the world hears you. And the people who knocked these buildings down will hear all of us soon.” Over the following months, President Bush created the United States Department of Homeland Security, naming Pennsylvania Governor Tom Ridge as its first Secretary. He also signed into law the USA PATRIOT Act, which remains a significant component of the U.S. global fight against terrorism.

President Bush was born on July 6, 1946, in New Haven, Connecticut, and grew up in Midland and Houston, Texas. He received a bachelor’s degree in history from Yale University in 1968, and then served as an F-102 fighter pilot in the Texas Air National Guard.  President Bush received a Master of Business Administration from Harvard Business School in 1975. Prior to his political career, he worked in the energy business and also became an owner of the Texas Rangers baseball franchise in 1989.

President Bush has frequently been heard to say that the strength of America lies in the hearts and souls of its citizens, and throughout his life, he has supported programs that encourage individuals to help their neighbors in need. The President and his wife, First Lady Laura Bush, live in Texas.