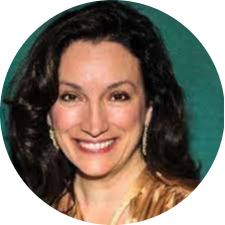 A Pittsburgh native, Trish Adlesic is an Academy Award-nominated and Emmy winning documentary producer/director. She teamed with director Josh Fox and HBO to produce Gasland and Gasland Part II.  These seminal documentaries exposed the environmental devastation and public safety hazards of “fracking.”  Gasland premiered at the Sundance Film Festival in 2010 and Gasland Part II premiered at the Tribeca Film Festival in 2013 to much acclaim.

Adlesic also directed and produced I Am Evidence, along with Mariska Hargitay from Law & Order: SVU, about the alarming number of untested sexual assault kits in America. I Am Evidence received two Emmy nominations and won the Emmy Award for best documentary. The film was also awarded the prestigious DuPont Columbia prize, was a Peabody finalist, was awarded a Primetime Emmy Honors award, and received the Silver Gavel award for excellence in journalism from the American Bar Association.

Adlesic has over 20 years of experience working in narrative filmmaking with such notable directors as James L. Brooks, As Good as It Gets, Michael Mann, The Insider, Sidney Lumet, Night Falls on Manhattan, Gus Van Sant, Finding Forrester, and Jim Sheridan, In America, Get Rich or Die Tryin’.  Adlesic worked on the hit TV show Law & Order: SVU for 14 seasons.