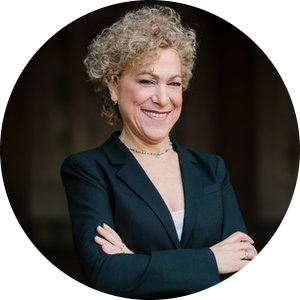 In 2006 New Video pivoted to digital distribution becoming the exclusive provider of independent films for the launch of Apples iTunes movie store. After quickly on-boarding other digital platforms such as Netflix, Amazon Prime, Microsoft’s Xbox, Hulu and others, the company became the largest independent digital aggregation company in North America. Margolin and Savage sold New Video/Docurama Films to Cinedigm in 2012.

Margolin serves on the Board of Directors of Chicken & Egg Pictures, the Hamptons DocFest, Manhattan Neighborhood Network, the Advisory Board of New York Women in Film and Television and served on the board of BAFTA New York for over a decade.  She is a member of the American Academy of Motion Picture Arts and Sciences, the Producers Guild of America, and BAFTA, and was honored by the PGA as one of the “Digital 25: Leaders in Emerging Entertainment.” Margolin lives in NYC with her husband and two children. She is a graduate of Brown University.