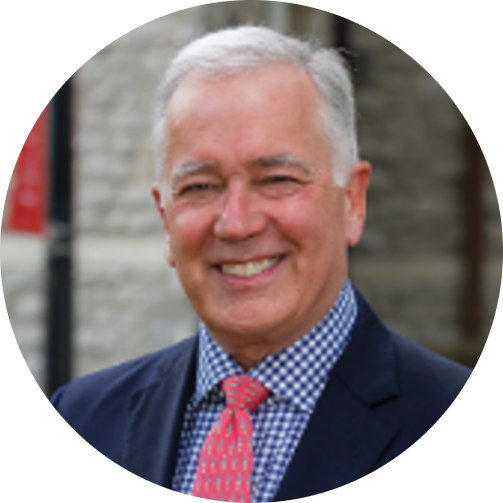 Judge John E. Jones III became the President of Dickinson College in the summer of 2021.  From 2002 to 2021, Jones served as a United States District Judge for the Middle District of Pennsylvania, having been appointed to the bench by President George W. Bush and unanimously confirmed by the United States Senate. At the time of his retirement from the bench, Judge Jones was Chief Judge of the Middle District of Pennsylvania. Prior to taking the bench, Jones had a long and distinguished career in private practice and public service, serving as law clerk to the President Judge of Schuylkill County, the Honorable Guy A. Bowe;  serving as co-chair of the transition team of Pennsylvania Governor-elect Tom Ridge; and serving as Chairman of the Pennsylvania Liquor Control Board.

During his time on the bench, Judge Jones presided over several noteworthy and high profile cases, including cases striking down portions of a University’s speech code as an unconstitutional violation of the First Amendment’s free speech guarantee; upholding (in a decision later affirmed by the United States Supreme Court) the constitutionality of the U.S. Department of Agriculture’s statute assessing milk producers in order to fund advertising, including the Milk Mustache/got milk® campaign; presiding over the landmark case of Kitzmiller v. Dover School District, which held it unconstitutional to teach intelligent design within a public school science curriculum; and writing the landmark decision in Whitewood v. Wolf, striking down as unconstitutional Pennsylvania’s ban on same-sex marriage.