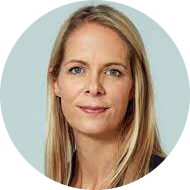 Dr. Cathrine Thorleifsson is a Researcher at the Centre for Research on Extremism at the University of Oslo. Her chief theoretical interests lie in anthropological approaches to the study of the far (populist, radical and extreme) right.

Thorleifsson’s doctoral research was based on fieldwork in an Israeli border town amongst Jews descending from Arab and Muslim lands and supporters of radical right parties. Thorleifsson then joined the Department of Social Anthropology at University of Oslo as a Postdoctoral Fellow. Her research examined the local drivers and character of populist nationalism.  Based on multi-sited ethnographic fieldwork amongst the supporters of radical right parties in the United Kingdom, Norway, and Hungary, the project explored how different material conditions, cultural contexts and history shape identification, discourse and practice.

Thorleifsson is currently pursuing her interest in the drivers and dynamics of far right politics. She manages Rebordering, a project that explores the gendered processes of recruitment and belonging offered by far right parties and movements online and offline. She also is a member of Intersect, exploring the multiple and intersecting ways in which anti-Semitic and anti-Muslim imaginaries are transnationally produced and propagated in “alt-right” and digital sub-cultures.

Thorleifsson has worked for the United Nations Development Program in Syria and consulted for the World Bank, the Ministry of Foreign Affairs, and the European Commission.