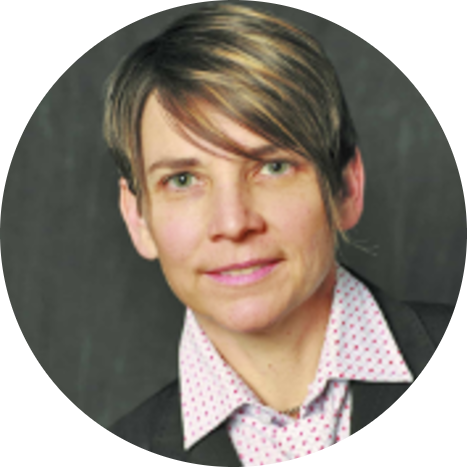 Beth Littrell is the Senior Supervisor Attorney for Special Litigation at the Southern Poverty Law Center (SPLC). A career-long civil rights attorney, she specializes in constitutional torts and impact litigation. Littrell joined SPLC in 2018 after 17 years spent in the trenches at the American Civil Liberties Union and Lambda Legal Defense and Education Fund (the oldest and largest LGBT rights legal organization in the country).

She has litigated dozens of significant constitutional cases impacting civil rights, including Gersh v. Anglin, a case against racist and anti-Semitic propogandist, Andrew Anglin, who targeted Tanya Gersh, a Jewish real estate agent, wife and mother in Montana, for a months-long harassment campaign via his Nazi-inspired website. The case created precedent in federal law rejecting a First Amendment defense for Anglin’s actions in doxing Gersh and her family – including her then 12 year-old child – and encouraging his “army” of “trolls” to “bring a good old-fashioned troll storm” against Gersh and her family. The case resulted in a $14 million judgment against Anglin for compensatory and punitive damages.

Among Littrell’s legal accomplishments prior to joining the SPLC, beyond a pages-long list of cases she led that struck down, reversed or otherwise eliminated discriminatory laws and actions, is having brought a tort-based challenge to hospital visitation restrictions that, although unsuccessful in federal court, led to now-existing federal regulations prohibiting discriminatory hospital visitation policies nationwide (and an invitation to the White House to watch President Obama give her client, Janice Langbehn, the Presidential Citizen’s Medal for her role in the case). Her current and recent SPLC docket includes a case against a militia-style hate group in Arizona for their speech-related targeting of churches who assist asylum seekers, a case against lawyers for an anti-gay hate group, Liberty Counsel, and others for their roles in orchestrating an international parental kidnapping, and a case challenging Georgia prison system’s systemic denial of constitutionally adequate protection and medical care to incarcerated transgender women.