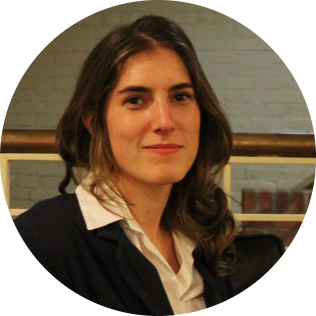 Arusha Gordon leads the James Byrd Jr. Center to Stop Hate at the Lawyers’ Committee for Civil Rights Under Law.  The Byrd Center’s mission is to combat hate crimes and hate incidents, support communities and individuals targeted for hate, and challenge white supremacy using litigation and other legal advocacy.  Recent cases Gordon has worked on include a suit against the Proud Boys for their vandalism of a historically Black church, a case concerning the January 6th attack on the Capitol, a case suing neo-Nazis and other white supremacists for a race-based cyberattack.  Arusha also leads the Committee’s work training law enforcement on how to better respond to hate crimes, helping implement a program that has trained more than 1,300 officers and prosecutors on working with communities in the wake of hate and investigating and prosecuting hate crimes.  In addition, Gordon’s work addresses the alarming trend of white supremacists in law enforcement.

Gordon previously worked with the Committee’s Voting Rights Project where she litigated cases under the Voting Rights Act, National Voter Registration Act and other statues in both federal and state courts.  She has also served as an adjunct professor and taught classes on public interest lawyering and civil rights at Howard Law and Washington College of Law (American University).

Previously, Gordon was a 2009-2010 Fulbright scholar in Egypt and at the United Nations Educational, Scientific and Cultural Organization (UNESCO) in Paris, where her research focused on gender issues and civic participation.  She also worked for President Obama’s 2008 and 2012 election campaigns, the ACLU Women’s Rights Project, and on Capitol Hill for former Senator Jim Jeffords (I-VT).  Gordon is a graduate of Berkeley Law and Wesleyan University.