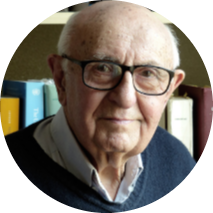 Judge Meron is a member of the Institute of International Law and of the Council on Foreign Relations, a fellow of the American Academy of Arts, the past Editor-in-Chief of the American Journal of International Law, and is the Charles L. Denison Professor of Law Emeritus at NYU Law School. Judge Meron was one of 17 individuals honored by Vanity Fair for spearheading the development goals of the United Nations. He is an Officer of the French Legion of Honor, Grand Officer of the French Order of Merit, and an Officer of the Polish Order of Merit. Since 2014, he has been visiting professor at Oxford, honorary fellow of Trinity College and visiting fellow of Mansfield College. He received the Hudson Medal and the Haskins Prize. For service to criminal justice and international humanitarian law, Queen Elizabeth has recently made him Honorary Companion of the Most Distinguished Order of St. Michael and St. George.