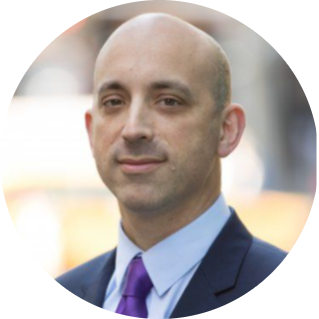 Jonathan Greenblatt is the CEO of ADL (Anti-Defamation League) and its sixth National Director. As chief executive of ADL, Jonathan leads all aspects of the world’s leading anti-hate organization.  He is an accomplished entrepreneur and innovative leader with deep experience in the private, public and nonprofit sectors.

Since becoming CEO in July 2015, Greenblatt has modernized ADL while refocusing it on the mission it has had since its founding in 1913: to fight the defamation of the Jewish people, and to secure justice and fair treatment to all.

Under Greenblatt, ADL has modernized its operations, innovated its approaches to counter antisemitism from all sides and enhanced its efforts to combat extremism in all forms. During his tenure ADL rebooted its Center on Extremism that analyzes and monitors extremists and hate groups; launched “Never Is Now” the largest annual convening in the world focused on antisemitism and hate; created the Center for Technology and Society in Silicon Valley to fight the rising tide of online hate and harassment; partnered with the Aspen Institute to launch the Civil Society Fellowship, an innovative program that builds cohorts of emerging leaders across a continuum of ideology and identity; developed the Sports Leadership Council to engage athletes, teams and leagues to confront bigotry and discrimination more effectively; and executed Stop Hate for Profit, the successful campaign that organized businesses, celebrities, nonprofits and policy makers to fight the rampant racism, antisemitism and extremism on Facebook.

Jonathan serves on numerous corporate and non-profit boards and has been recognized on multiple occasions for his leadership at ADL. He has been named by The NonProfit Times to its list of Top 50 Nonprofit Leaders from 2016-2020. Recode named Jonathan to its inaugural “Recode 100,” a list of the top 100 people in business and technology. He has been named among the Top 50 Most Influential Leaders in the global Jewish community by The Jerusalem Post and as one of the Top 50 Jews to follow on Twitter by the JTA.

Before ADL, Greenblatt served in the White House as Special Assistant to President Obama and Director of the Office of Social Innovation. He came to that role after a long career in business. In 2002, he co-founded Ethos Brands, the business that launched Ethos Water, a premium bottled water that helps children around the world access clean water. Ethos was acquired by Starbucks Coffee Company in 2005. Following the acquisition, Jonathan was named VP of Global Consumer Products at Starbucks and joined the board of the Starbucks Foundation.

In 2009, Jonathan founded All for Good (AFG), the largest database of volunteer opportunities on the Internet. Incubated at Google, AFG developed an innovative strategy to organize the world’s volunteer listings. AFG was acquired by Points of Light in 2011. Jonathan also served as CEO of GOOD Worldwide, a diversified media company and as an executive at REALTOR.com, joining the company as a product manager and eventually heading up its consumer products division. REALTOR went public in 1999 (HOMS) and was acquired by News Corp in 2014.

Jonathan has served as an adjunct faculty member at the Anderson School of Management at UCLA and as a senior fellow at The Wharton School of the University of Pennsylvania. He is a Henry Crown Fellow of the Aspen Institute and a member of the Council on Foreign Relations.