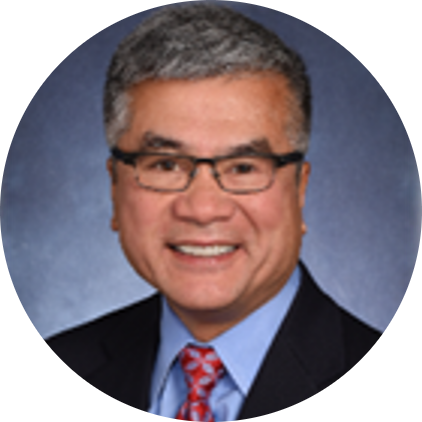 As Governor of Washington State from 1997 to 2005 (the first Chinese American to be elected governor in United States history and the first Asian American governor on the mainland), U.S. Secretary of Commerce from 2009 to 2011, and U.S. Ambassador to China from 2011 to 2014, Gary Locke has been a leader in the areas of education, employment, trade, health care, human rights, immigration reform, privacy, and the environment. Currently, Locke serves as the interim president of Bellevue College, which is the third largest higher education institution in Washington State serving nearly 30,000 students annually.

Locke is Chairman of the Committee of 100, a group of prominent Chinese Americans committed to fostering better relations and understanding between the U.S. and China and the assimilation of Chinese Americans into mainstream American society.

Locke’s innovations in government efficiency and priority-based budgeting, as well as successful and under-budget management of high-risk initiatives, have won him acclaim from nationally recognized authors and organizations. In his two terms as Governor, Washington was ranked one of America’s four best managed states.

Locke began his career in public service upon his election to the Washington State House of Representatives, serving from 1983 to 1994. He was then elected as King County Executive, serving from 1994 to 1997.  He attended Yale University, graduating with a Bachelor degree in political science, and received his law degree from Boston University.